In a highly criticized move, Newsom has selected Alameda County Superior Court Judge Kelli Evans to take Patricia Guerrero’s position as an Associate Justice. Guerrero seat was vacated when Newsom nominated her to be Chief Justice.

While Guerrero is seen as highly qualified for the position of Chief Justice, Evans’ nomination is highly controversial. Critics assert that Evans is too inexperienced and has had an inconsistent career.

Evans, the first publicly LGBTQ woman nominated, is a Stanford graduate and a law school graduate of UC Davis. The former ACLU attorney, has drawn criticism for having less than one year of judicial experience. In addition to her inexperience, critics have pointed to her inconsistent career, moving from job to job.

Even more serious is the allegation that she is a lackey for Newsom. Prior to being appointed to her first and only previous judicial role less than a year ago, she worked right under Newsom for several years. This, along with her lack of qualifications and experience, underscores the concerns about the propriety of this nomination.

Legal advisor Alicia Brooks stated in the California Globe report, “She has had a hodgepodge of a career. One of my former bosses called her a ‘buffet lawyer,’ just picking and choosing here and there what looks good instead of sticking with something she likes to do and use ambition to build up from there.”

“She is also disastrously inexperienced on the bench. She only became a judge last year, and only at a County Superior Court one at that. Before that she worked right under Newsom for several years. It’s not hard to connect the dots why she was chosen. It definitely wasn’t ability. She’s just been in and around that inner circle for years and her number finally came up so to speak. Now we have to see how long she stays there before she gets bored and decides to go for another job.” 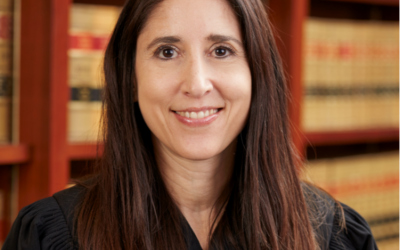