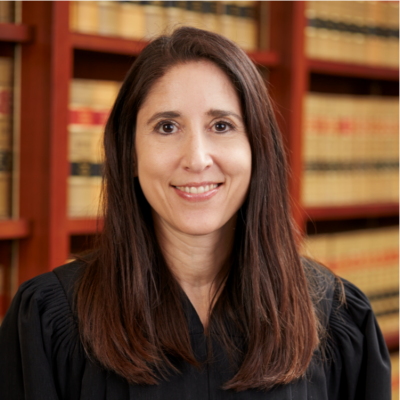 She became the first Latina on the court when Governor Newsome nominated her as an Associate Justice in March.

Guerrero graduated from the University of California, Berkely and went on to receive her Juris Doctorate from Standford University. Guerrero received her first judgeship in 2013 after working as an assistant U.S. Attorney in a California District Court.

The California Globe notes that she has a reputation for being very dedicated, even reviewing briefs while in labor. However, when she sat on the Fourth District Court of Appeals as an Appellate Judge, she issued several controversial rulings. One such ruling was that Amazon could be held liable for defective third-party products. Approximately 60% of Amazon’s products come from third-party vendors. The ruling put into question how Amazon would move forward in California.

“Justice Guerrero has established herself as a widely respected jurist with a formidable intellect and command of the law and deep commitment to equal justice and public service,” said Governor Newsom in a press release on Wednesday.

Justice Guerrero, in turn, said, “I am humbled by this nomination to lead our state’s Supreme Court and thank the Governor for entrusting me with this honor. If confirmed, I look forward to continuing the strides the Court has made under Chief Justice Cantil-Sakauye to expand equal access to justice and create a fairer justice system for all Californians.”

Many experts have asserted that Guerrero’s extensive judicial experience justified her becoming Chief Justice as she is experienced at all judicial levels in the state.