Nick Sandmann, the Kentucky student who vilified due to a viral video showing him in a standoff with an indigenous activist, had his defamation suit dismissed by a federal judge.

In 2019, a viral video showed Sandmann smiling while standing face-to-face with an elderly indigenous man who was chanting and beating a drum on the steps of the Lincoln Memorial.

Critics painted Sandmann as obstructing and mocking the elderly man. Multiple mainstream media outlets disseminated and advanced this narrative painting Sandmann as a disrespectful racist. There was particular emphasis on his MAGA hat and numerous accounts linking his support of Trump with evidence of racism.

The media reports triggered widespread condemnation of the teen from lawmakers and celebrities. Sandmann also faced criticism from his local community as the school district, mayor, and Roman Catholic Diocese all condemned his behavior.

The viral video was later found to be truncated. The full video shows that Sandmann was approached by Nathan Phillips, an activist for indigenous causes. The video shows Sandmann standing still and non-responsive after being approached. What some characterized as “smirking,” Sandmann asserted was his attempt to stay pleasant and noncombative in a tense and uncomfortable situation.

Sandmann reported that he received threats of physical harm and death via social media, as well as threats to harm him at school and in his neighborhood. His parents also received death and professional threats.

In an interview one year after the incident, Sandmann reported living with ongoing fallout from the incident that some critics say has become a case study in journalistic malpractice.

In response to this character assassination, Sandmann filed a lawsuit against several media outlets alleging defamation of his character as they rushed to judgment without reviewing the full evidence or investigating alternative narratives.

U.S. Senior Judge William Bertelsman Bertelsman granted the news outlets’ motions to dismiss and denied Sandmann’s motion for a judgment before trial. Bertelsman had previously narrowed Sandmann’s suit to the question of whether the quote attributed to Phillips, that Sandmann blocked him and would not allow him to retreat, was defamatory. Based on this criteria, Bertelsman dismissed the lawsuit holding that Phillips’ statement was an opinion, and that the media could not be sued for reporting an opinion.

“Phillips’s statements that Sandmann ‘blocked’ him and ‘wouldn’t allow (him) to retreat’ are objectively unverifiable and thus unactionable opinions,” Judge Bertelsman said in his decision.

The judge, who was nominated to the court by President Carter in 1979, stated, “It has long been established that someone’s state of mind is not capable of being proven true or false.

Todd McMurtry, an attorney for Sandmann, said: “We are disappointed with the decision. We plan to appeal.”

← 5 Supreme Court Victories that are Having Huge Impacts for the Better Pennsylvania Supreme Court Upholds Universal Mail-in Voting →
Sign Up for Updates, Results, and Critical Information 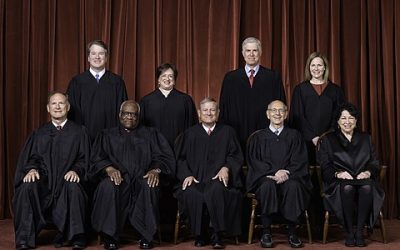